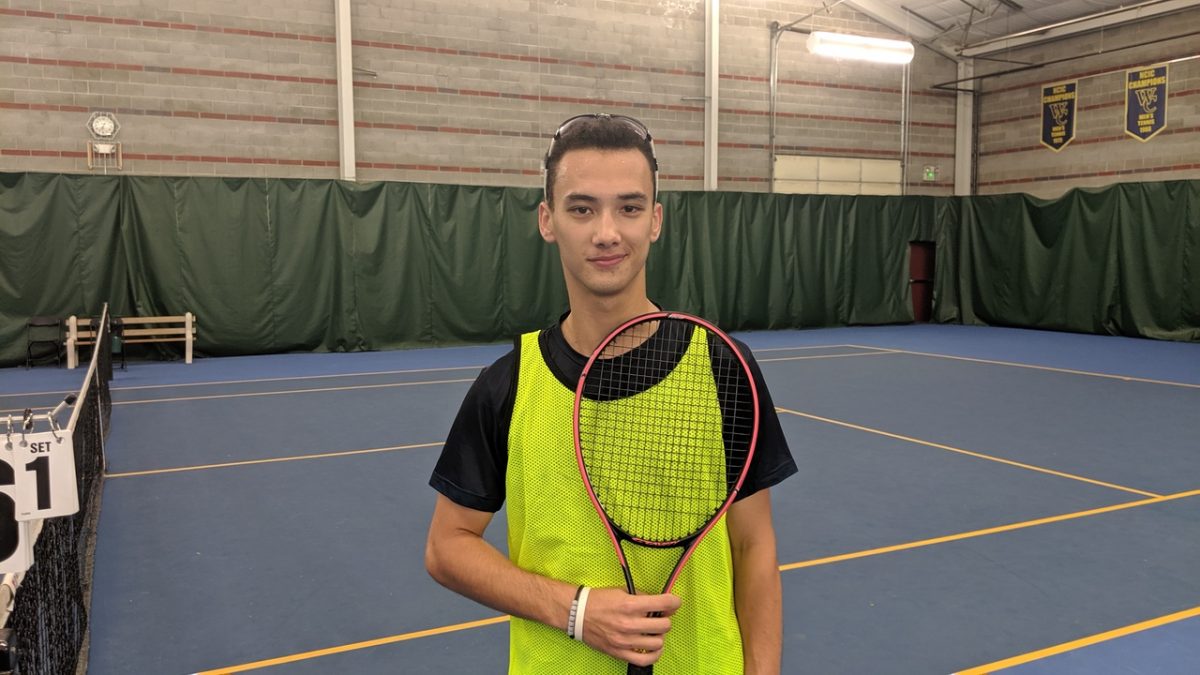 We start each week off with the “Yellow Jersey”. During warm-up I walk around and ask each player who inspired them the past week.

There is no right or wrong answer. There is no criteria for the yellow jersey — simply who was inspired you the previous week. It could be based on anything — practice, match play, academic success, conditioning, being a good teammate, overcoming person struggles, achieving something special, etc.

The winner gets a yellow practice jersey that they are to wear to practice all week. They are the leaders for the week. This isn’t a coach award but rather an award given by the entire team (coaches aren’t allowed to vote). When people walk by the courts and ask why one person has a yellow practice jersey they are told that person is our leader for the week. I also try to update our social media pages with their image.

I have seen profound and immediate impact on players getting the yellow jersey. It is not the fact that they get a yellow jersey, or that their image will grace our social media pages. Rather the impact comes when their teammates tell them why they are such an inspiration. I’ve seen young men come to tears as their teammates tell them why they are such a special person. I’ve seen entire individual seasons turn around when a young man understands that their actions have an impact on others. I’ve seen struggling players go to cloud 9 for getting the jersey.

My favorite story comes from Colton. Colton was (and still is) an amazing young man and a nature leader. Colton entered as a first year on a very deep and talented team where he didn’t make the starting lineup. It bothered Colton to no end that he wasn’t on the traveling team. He because so driven by not being in the starting line-up that he worked his tail off the summer before his sophomore year. He used that hard work to not only make the starting team, but become our #1 player for the next THREE years! He earned multiple All-American honors, played in several NCAA championships and became the only male tennis players in the history of the Northwest Conference to become a three time conference MVP!

In doing this award week-in-and-week-out I’ve learned what a difference it can make to have others tell you, in front of your peers, why you are a special person, why you were an inspiration to them, and why they are the team leader. I see the power of this positive face-to-face interaction each week. I’ve seen players lower on the team roster become emotional when teammates acknowledge their hardwork and leadership. I’ve seen student-athletes recognized for their classroom accomplishments. I’ve seen players elevated by other because of their extra work around campus. Its very cool and often awe inspiring.

Funny thing is I don’t do anything but ask the question and tabulate the results. It is their actions that develop and define leadership.

FYI the jerseys are very basic yellow jerseys from amazon. I order a large pack at the beginning of the season and give a new one out each week.